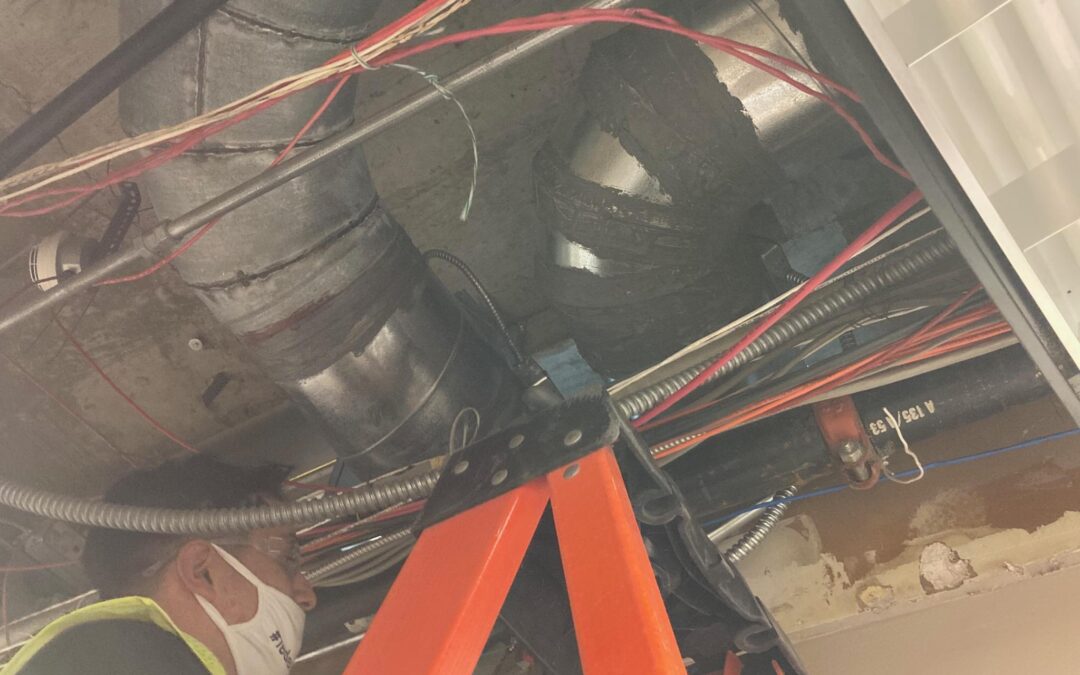 David Arredondo graduated from John B. Connally High School in Austin in 2020 with plans to begin his collegiate career as a soccer player. Despite COVID-19 interfering with his playoff-bound high school soccer season, David impressed college coaches and was slated to join Schreiner University’s soccer team roster. Then David learned COVID-19 would also put an end to Schreiner’s season.

Now newly jobless and with finances a major consideration, attending university was no longer an immediate option for David.

“Tuition was a problem. And I didn’t want to go to college and not get a chance to even play soccer. That was the reason I really wanted to go to college,” David said. “I was more comfortable staying in Austin to learn a trade and earn money.”

David would eventually enroll and earn his electrical apprenticeship license with financial support from Workforce Solutions Capital Area — including a weekly $200 stipend — through a RE:WorkNOW training course at Skillpoint Alliance.

In response to the workforce crisis brought on by the pandemic, participating RE:WorkNOW training providers have expanded rapid training programs in both remote and hybrid formats. Courses can take as little as four weeks, are aligned with industry expectations, and will result in high-demand jobs at better wages.

Eligible enrollees in RE:WorkNOW courses may receive $200 weekly stipends while they train, along with career advising and placement. Childcare, transportation, and digital inclusion are also provided as needed and as funds are available.

Program graduates are connected to jobs in growing industries like IT, healthcare, skilled trades, and advanced manufacturing.

Starting a new life as an electrician

David first became interested in the electrician occupation while at Connally. Independent Electrical Contractors (IEC) of Central Texas spoke to students in his geometry and construction class about the in-demand field. Two of his friends who had earned their pre-apprentice electrical certification at Skillpoint recommended he enroll.

David signed up for the four-week course beginning on October 5, 2020, at no cost and in a fully virtual format. Skillpoint provided course materials, tools, and laptops to the cohort before the class started. In the class, students learned about electrical safety, hand tools, and power tools, and received exposure to different career opportunities within the industry.

“Alan was an amazing instructor,” said David. “In the four weeks he had us, he taught us a lot.”

Students received individual “pods” to practice on, built for home use and similar to what they would typically work on in a training facility.

Support every step of the way

Before enrolling at Skillpoint, David had applied for jobless benefits but was told by the unemployment office that he wasn’t eligible. His reason for leaving was considered willful because he quit his job to attend college and not tied to the pandemic. David was thrilled to hear he qualified for $200 per week through RE:WorkNOW, just from being enrolled in the Skillpoint training.

“Before enrolling, I was asking my parents for money, doing chores for them, and mowing people’s lawns,” David said. “When I received the stipend, it felt like I got paid again. It helped me in that whole month.”

“The entire Workforce Solutions team wants to make sure that they know we hear them and want to help,” said Hillary. “The RE:WorkNOW program specializes in removing barriers to training and providing support along the way.”

“Workforce Solutions made it super easy. Hillary respected that I wasn’t necessarily familiar with what was going on or what I had to do because I felt like a kid still,” said David. “She made the transition to being an adult really easy.”

David graduated on October 31. He received his industry-recognized certifications, including the Texas apprenticeship license and OSHA 10 license, to begin working in the field.  He started his job of choice at Beckett Electrical in December, a commercial and construction contractor, earning $32K-$37K.

David said he felt like he had a “team that was helping me get hired,” with support from Workforce Solutions, IEC, and Skillpoint.

David hit the ground running and says he had proved his aptitude in the trade on day one. He credits the know-how to the training at Skillpoint and support from Workforce Solutions.

“I’m just glad I took that class because it really helped me,” said David.

Skillpoint executive director Kevin Brackmeyer gives all the praise back to students who were persistent in overcoming barriers brought on by the pandemic to complete their training.

“Despite 2020 being a challenging and difficult year, our students are committed to pursuing a new direction for their lives,” Kevin said. “Their persistence and commitment speak volumes to their work ethic and willingness to create a better life for themselves and their families.”

David offered this advice to others who may be in a similar situation: “If you really want to do something, you just have to put your mind to it and reach out for help. There are people that really want to see you succeed. I feel like I got in contact with the right people, and they helped me.”

David plans to continue his education through IEC to become a journeyman. Next, he wants to pursue a career in real estate, where he says his experience as an electrician will help him in the long run.

With financial backing from the City of Austin and Travis County, Phase 1 of RE:WorkNOW will provide 260 scholarships to jobless residents for no-cost, rapid, and safe job training. Space is limited, and enrollment into approved courses is handled first-come, first-served.